Skip to content
HomeThe Fracas in Minneapolis over PSL

What’s a patchwork of laws without some litigation? The Minnesota Chamber of Commerce sued the City of Minneapolis last week seeking to “enjoin and invalidate” the city’s recently-enacted Safe and Sick Time Ordinance.

The lawsuit alleges that the law “conflicts with and is preempted by state law” and if allowed to stand would “create an unworkable patchwork” of local laws in and around Minneapolis and in Minnesota. St. Paul has passed a similar ordinance. Duluth is considering such an ordinance. (NOTE: more than 3 1/2 years ago, this author predicted here a developing PSL mega-patchwork of PSL laws).  The Chamber issued a press release concerning its lawsuit.

The lawsuit recites the arguments the business community had used in opposing the Minneapolis bill before it was enacted, e.g., that the “one size fits all” mandate is too rigid; that most employers already provide paid time off; that the ordinance creates administrative burdens to track when employees are working within the city limits; that the city cannot regulate businesses located outside of the city; and that employers must pay legal fees to interpret the ordinance. It also notes that Minnesota has enacted numerous laws relating to employee sick time and leave, that the PSL conflicts with some of them, and that the state’s legislating on this topic implicitly preempts municipalities from doing so. 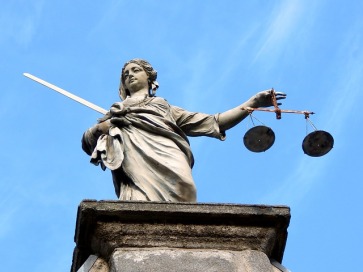 Minnesota’s PSL is not the first to be challenged in court. In Pittsburgh, a plaintiff argued that the city exceeded its authority under state law and the Pennsylvania Constitution by enacting the PSL ordinance.  In December 2015, a judge agreed with the plaintiff and struck down Pittsburgh’s PSL ordinance. That decision is on appeal.

Just speculating, but I suspect there’s more litigation to come.