A union had been trying to organize employees of MikLin Enterprises, Inc., a Jimmy John’s Minnesota franchisee. During flu season, a group of employee/union supporters hung posters encouraging readers to support their effort to “win sick days.”

The poster featured photos of two identical sandwiches, noting that the sandwich on the left had been made by a “healthy Jimmy John’s employee” while the other had been made by a “sick Jimmy John’s employee.”  The poster stated that it was “too bad” if a reader could not tell the difference between the two sandwiches “Because Jimmy John’s Workers Don’t Get Paid Sick Days. Shoot. We Can’t Even Call in Sick.” The poster added: “We Hope Your Immune System is Ready Because You’re About to Take the Sandwich Test.” 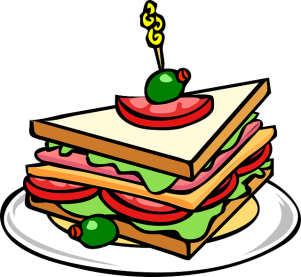 The poster’s “enduring image was a MikLin-made Jimmy John’s sandwich that, although appearing like any other, was filled with cold and flu germs,” the court said. “Allegations that a food industry employer is selling unhealthy food are likely to have a devastating impact on its business,” the court said, citing another court’s observation that such allegations are “the equivalent of a nuclear bomb in a labor-relations dispute.”

The National Labor Relations Board had held that the discharges were unlawful because the employees were engaged in protected concerted activity for their own mutual aid and protection. A three judge panel of the Eighth Circuit had upheld that decision. See my post here.

But the Eighth Circuit en banc court disagreed.  The NLRA ”does not protect such calculated, devastating attacks upon an employer’s reputation and products,” the court said.