That the ordinance passed should come as no surprise. As we have seen, a jurisdiction’s “blue” political status increases the chances that a PSL will pass. Travis County, of which Austin is the seat, is a deep blue enclave in the red sea of Texas. Two-thirds of Travis County voters voted for Secretary Clinton in the 2016 election. 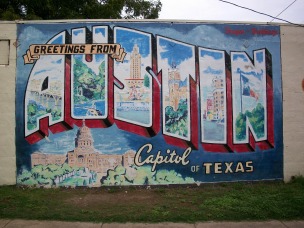 The City Council passed an amended version of the January 19 draft ordinance. It requires private sector employers with more than 15 employees to provide employees who work at least 80 hours within the city in a calendar year to accrue PSL at the rate of one hour for every 30 hours worked, up to 64 hours annually. The yearly accrual cap for employers with up to 15 employees is 48 hours annually. The amendment states that an employer may restrict an employee’s use of accrued time during the employee’s first 60 days of employment “if the employer establishes that the employee’s term of employment is at least one year.”  It is unclear, at least to me, whether an employer can impose a 60 day waiting period on at-will employees.

Unused sick time is carried over to the following year although an employer may frontload the yearly cap and avoid carrying over unused time. An employer may cap annual usage at “8 calendar days” in a calendar year.

The amended ordinance adds a safe harbor provision stating that an employer that offers paid time off that meets the “accrual, purpose and usage” requirements of the ordinance need not provide additional sick time.

Enforcement of the ordinance is through with the City of Austin Equal Employment Opportunity/Fair Housing Office.

Now that Austin has passed this ordinance, the next obvious question is whether Texas will pass a preemption law banning political subdivisions from enacting local PSL laws, effectively negating the Austin ordinance. A state representative from Austin has already stated his intent to pursue that strategy., according to a report.  On to Round Two?