An airline “closed a flight attendant base because compliance with a local jurisdiction’s paid sick leave law led to a rapid increase in the number of sick calls” which disrupted its operations, according to a lawsuit filed by an airline group challenging the constitutionality of the Massachusetts PSL law as applied to some of its employees. The complaint does not identify the base that was closed or PSL jurisdiction involved.

The plaintiff,  a trade association representing federally-regulated airline carriers, contends that the Massachusetts PSL law violates the Dormant Commerce Clause and Fourteenth Amendment of the U.S. Constitution and is preempted by the Airline Deregulation Act. The plaintiff had made similar legal claims in a lawsuit it filed two months ago challenging the Washington PSL law. See my post about that lawsuit here. 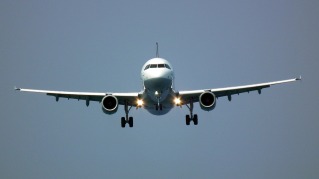 While the Washington case argues that the state PSL law should not apply to flight crews (pilots and flight attendants), the Massachusetts case adds that the state law should not apply as well to its ground crew personnel, which it defines as “including (but not limited to) mechanics, fleet service workers, customer service agents, flight dispatchers, baggage handlers and catering employees.”

The complaint’s allegation about the base closing raises a question to ponder: May an employer close a workplace because its employees exercise rights under the PSL law too often?