When we last left the Minneapolis PSL law, the Minnesota Court of Appeals had affirmed a district court decision temporarily enjoining Minneapolis from enforcing its Sick and Safe Time Ordinance against businesses outside the City limits.  The Supreme Court of Minnesota in December 2017 declined to review the Court of Appeals’ decision, which left the appeals decision in place.  The Ordinance went into effect on July 1, 2017 with regard to businesses within the City limits only.

Since those decisions dealt only with the request for a temporary injunction, the case continued on the plaintiff’s further request that the Minneapolis PSL law be permanently enjoined because it was preempted by state law and because its purported application to businesses outside the City whose employees work within the City exceeded the City’s legislative authority. 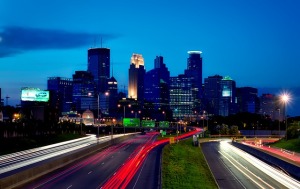 To attempt to address the territorial issue, in March 2018, the City amended its ordinance in two respects. Under the Ordinance, an employee who works in Minneapolis at least 80 hours per year is entitled to accrue PSL time. The amendments added that employees accrue PSL time for hours worked “within the geographic boundaries of the city” and could use that time only when scheduled to work “within the geographic boundaries of the city.”

Noting that there is “no apparent rational explanation for the 80-hour threshold” other than that other PSL jurisdictions have adopted it, the Court held that “any potential benefit to the health and safety of Minneapolis residents from an employee who works the requisite 80 hours pales when weighed against the imposition of record keeping and administrative obligations incurred by companies located outside the City. “  The City has said that it is appealing the decision.

What does this decision mean to the proposed Duluth PSL ordinance? The Duluth proposal requires employers located outside the city limits to allow its employees who work within Duluth “for more than 50 percent of the employee’s working time in a 12-month period” to accrue PSL time. Depending on an employee’s work schedule, that fifty percent may be more or less that the Minneapolis 80-hour threshold.  The Duluth City Council is nearing a vote on the proposed ordinance.  Stay tuned.