The Eleventh Circuit Court of Appeals last week decided to hear the challenge to Alabama’s minimum wage and employment benefits preemption law en banc, meaning that all of the Court’s judges will hear the case. 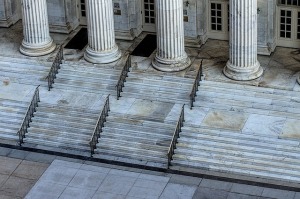 The triggering event for this preemption battle occurred in February 2016 when the City of Birmingham passed an ordinance increasing the minimum wage within the city. The next day, the state legislature responded by enacting the Uniform Minimum Wage and Right-to-Work Act, which prohibits a political subdivision from requiring an employer to provide any wage or “employment benefit” not required by federal or state law, including paid and unpaid leave. It also voided the Birmingham ordinance.

The plaintiffs challenged the preemption law, arguing that it was unconstitutional and violated the Voting Rights Act. In 2017, a federal district court rejected the plaintiffs’ challenges and dismissed the case. Last July, a three-judge panel of the Eleventh Circuit affirmed the dismissal of all but the plaintiffs “equal protection” constitutional claim. That panel held that the plaintiffs had plausibly alleged both that the law “burdens black citizens more than white ones” and that  it was enacted with a discriminatory purpose. Last week’s order to hear the case en banc vacated the three-judge panel decision.