Skip to content
HomePaid Sick Leave(Page 2)
The Portland (ME) City Council tonight rejected a PSL bill by a 5-4 margin. The issue has been pending in the legislature since the Mayor of Portland introduced the initial bill in 2017.  A statewide PSL bill is pending in the Maine  legislature.

The Minneapolis Sick and Safe Time Ordinance can be enforced against businesses not physically located in the city but who have employees who work at least eight (80) hours in a year within the geographic boundaries of the city, according to a state appellate court decision last week. The court also held that the Minneapolis ordinance was not preempted by a state law allowing employees to use their sick leave benefits to care for ill or injured family members and for safe time.

A cadre of business interests brought the legal challenge to the Minneapolis ordinance in January 2017, months before the ordinance went into effect on July 1, 2017. The initial court decisions enjoined the city from enforcing its PSL law against employers who did not have a physical presence in the city. To address this issue, in March 2018, Minneapolis amended its ordinance by narrowing its application to such “extraterritorial” employers. The amendments added that employees accrue PSL time for hours worked “within the geographic boundaries of the city” and could use that time only when scheduled to work “within the geographic boundaries of the city.” These amendments, the city argued, salvaged the Ordinance’s extraterritorial provisions.

Last week, the court of appeals agreed, reversing a state district court decision a year ago which had rejected the Ordinances’ application to businesses outside the city limits.

Undeterred by an appellate court’s decision that the Austin Earned Sick Time Ordinance  is unconstitutional. Undeterred by the passage in the state Senate of two bills to bar political subdivisions from enacting a PSL ordinance. Undeterred by the failure of PSL supporters to collect sufficient valid signatures to allow Dallas voters to consider a PSL ballot initiative last November. Undeterred, the Dallas City Council yesterday passed an Earned Paid Sick Time Ordinance, adding to the PSL turbulence in Texas.

The ordinance has the typical PSL architecture. Employees accrue an hour of PSL for every 30 hours worked to a maximum of 64 hours annually for employers with more than 15 employees and a maximum of 48 hours annually for smaller employees. The ordinance has the provision unique to the Austin and San Antonio ordinances that an employer need not allow an employee to use PSL on more than eight days a year.

The Michigan Supreme Court will wade into the clash involving the constitutionality of the state’s Paid Medical Leave Act, at least to decide whether to consider the substance of that clash. In response to requests by both legislative chambers for an advisory opinion on the legality of the recently enacted state PSL law, the court scheduled a hearing on July 17, 2019. The first of three questions listed in the Court’s Order is whether it should exercise its discretion and issue the requested advisory opinion.In Michigan, a legislative chamber or the governor may ask the Supreme Court to issue an advisory opinion on “important questions of law upon solemn occasions as to the constitutionality of legislation….” 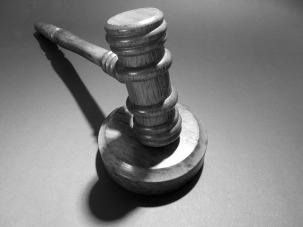 The other two questions for which the Court solicited briefs concern the process-used to enact the PSL. PSL proponents had collected enough signatures to have voters decide in November 2018 whether to enact a PSL initiative. The Michigan Constitution gives the legislature the option to enact such an initiative, negating the need for a vote on it.  Both legislative chambers, both with GOP majorities, had concerns about the substance of the PSL bill. They decided to enact the voter initiative and then amend it. This strategy was adopted because amending a statute enacted by the legislature requires a majority vote in each legislative chamber while amending a statute enacted by a voter initiative requires a three-fourths vote of each chamber.  The urgency to implement this strategy increased in November when voters elected a Democratic governor who would take office in January and would likely veto the effort to amend the PSL law.

The Supreme Court has asked the parties to brief whether the legislature may “enact an initiative petition into law and then amend that law during the same legislative session” and whether the PSL and minimum wage laws were enacted in accordance with the constitutional provision concerning voter initiatives.

The Board of Trustees of the Village of Glenview last week opted in to the Cook County Earned Sick Leave Ordinance, effective July 1, 2019. The Glenview Board had opted out of the County PSL ordinance in June 2017, just weeks before its effective date. Glenview joins the villages of Northbrook, Wilmette and Western Springs as municipalities that had initially opted out before opting in.

The agenda packet relating to last week’s meeting of Glenview’s Board of Trustees included an interesting bit of information about the enforcement of the County PSL ordinance.  A comment in that packet notes that the County Human Rights Commission, which enforces the County’s PSL law, has stated that “to date there have been no claims filed by employees against Cook County employers regarding violations” of the Earned Sick Leave Ordinance.”

The vast and complex patchwork of PSL laws expanded in Q4 with Michigan becoming the 11th PSL state. This summary includes:

Michigan lame duck GOP Governor Rick Snyder on Friday signed into law the bill amending the recently enacted PSL law,  putting the finishing touch on a two-step political ploy to have the legislature craft a PSL bill rather than have voters consider a bill crafted by PSL advocates. For the ploy to succeed, Governor Snyder needed to sign the bill before  December 31, his last day in office.  Governor-elect Gretchen Whitmer, a Democrat, takes office on January 1.

The legislature took the first step of the stratagem on September 5, 2018, when it passed the Earned Sick Time Act, which was slated to be presented to voters in November.  The second step was to amend that law, which it did within the past few weeks. The amendment renames the PSL bill the Paid Medical Leave Act.

The stratagem represents a classic illustration of Miles’ Law which, in brief, states that ‘where you stand depends on where you sit.’ (see further discussion of Miles’ Law here). PSL proponents have accused the legislature of gutting the Earned Sick Leave Law and undermining democracy, or worse. They have threatened to challenge in court the legislature’s authority to amend the initial law.  Proponents of the ploy argue that the Earned Sick Leave Law did not adequately consider or balance the interests of all constituencies, small business in particular and that the Paid Medical Leave Act does so.

The Paid Medical Leave Act makes many changes to the Earned Sick Time Act. Generally, by narrowing the definitions of employer, employee and family member, it reduces the number of employee eligible for the PSL benefit, which it also reduced.

Michigan is the eleventh state to enact a paid sick leave law.

With just a few weeks to go before the demise of Michigan’s GOP-trifecta on December 31, Governor Rick Snyder’s signature is the last step needed to amend the recently passed Earned Sick Time Act. Both legislative chambers passed amendment bills this week and sent an enrolled bill to Governor Snyder yesterday morning.

The amendment bill makes many changes to the Earned Sick Time Act. Among them is a change to its scope, both of employers to whom the law would apply and of employees who would be eligible to accrue PSL. Under the amendment, only employers with at least fifty employees would need to provide paid sick leave. Employees exempt under the FLSA and employees who worked an average of less than 25 hours during the previous calendar year are not eligible to accrue PSL under the amended bill.

They were against it twice before they were for it. The Wilmette Village Board on Wednesday opted in to the Cook County Earned Sick Leave Ordinance. The Wilmette Board had opted out of it in June 2017 and again in June 2018.

The political change of heart comes three weeks after the November 6 advisory ballot initiative in which  nearly 90% of voters in municipalities that had opted out of the County law urged their municipality to enact a paid sick leave ordinance.

Earlier this year, before the November referendum, the villages of Northbrook and Western Springs opted in to the County PSL law after having initially opted out. Other municipalities are expected to revisit their opt out decision as well.

Approximately 80% of the County’s municipalities have opted out of the its Earned Sick Leave Ordinance.  My “nix list” is here.

The Michigan Senate yesterday amended—PSL proponents would likely say gutted– the PSL law the state had passed less than three months ago. The Senate’s action was the second step of the “pass it, then amend it” PSL strategy the GOP-controlled legislature was pursuing when it passed the PSL law in September rather than let voters adopt it in November through a ballot initiative.  Had the voters adopted the initiative, the legislature would have needed a three-quarters vote in each chamber to amend it. Amending a legislative enactment requires a majority vote in each chamber.

The clock is ticking because if the  PSL law does not get amended by the end of 2018, the law will likely remain as it was enacted in September.  Here is why: for a few more weeks, through the end of 2018, Michigan has a GOP trifecta–a Republican Governor and GOP control of both houses of the legislature. Come January 1, 2019, Gretchen Whitmer, a Democrat, will become the governor. While the GOP maintained control of both chambers in the recent election, neither chamber will have the two-thirds majority that would be required to override the governor’s veto.