Skip to content
HomeReasonable Accommodation
To grant an employee more medical leave than the maximum set out in the collective bargaining agreement is an undue hardship under the ADA, according to a decision earlier this month by a federal district court in the Eastern District of Pennsylvania.
The labor contract covering the plaintiff’s employment granted employees up to 90 days of sick leave, after which an employee either had to return to work, be transferred to a light duty position or resign and file for permanent disability.
After taking all of the sick leave granted him under the labor contract, the plaintiff requested an additional week of medical leave. His employer denied the request and terminated plaintiff’s employment. Rejecting the claim that his termination violated the ADA, the court said that allowing the plaintiff to have additional leave would have violated the labor contract and was unreasonable. As a result, the plaintiff was not a qualified individual with a disability. 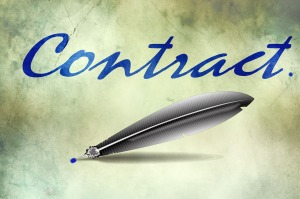 To ensure fair and uniform treatment, labor contracts include many terms and conditions of employment that apply to all bargaining unit members, without exception. An employer’s obligation under the ADA to provide a reasonable accommodation is, in effect, a duty to make an exception in some situations. The ADA itself provides no guidance to employers about how to reconcile these apparently conflicting obligations. This court’s decision reconciles them by holding that the inflexible leave policy (aka maximum leave policy) in the labor contract trumps the ADA-imposed duty to consider granting additional leave as a reasonable accommodation.  However, just as courts have split on the issue of whether an inflexible leave policy applicable to non-union employees violates the ADA, other courts may reconcile an employer’s ADA and labor contract obligations differently than this decision.

Two weeks ago, I posted that the EEOC had sued a blood bank for giving employees only the leave they were entitled to under the FMLA, and not considering additional leave as  an accommodation under the ADA.  I noted that “the EEOC’s view is that the maximum leave required by the FMLA is merely the starting point for determining whether an employer has fulfilled its obligation to provide leave under the ADA.”

Last week, in words that seem to leave no room for interpretation, the Seventh Circuit rejected the EEOC’s view.  The employer had provided the plaintiff with all of the leave he was entitled to under the FMLA and denied his request for an additional two to three months to recover from back surgery. The plaintiff claimed he was entitled to more leave as a reasonable accommodation under the ADA. The EEOC filed an amicus brief in support of the plaintiff.

The Court rejected the plaintiff’s and EEOC’s arguments and granted summary judgment to the employer. According to the Court:

“The ADA is an antidiscrimination statute, not a medical-leave entitlement….. Long-term medical leave is the domain of the FMLA.”

“An employees who needs long-term medical leave cannot work and thus is not a ‘qualified individual’ under the ADA.” (italics in original)

“[A] long-term leave of absence cannot be a reasonable accommodation…..'[N}ot working is not a means to perform the job’s essential functions’”

While the FMLA provides leave to employees unable to perform their job, “the ADA applies only to those who can do the job.”

The EEOC had also argued that it would not be an undue hardship for the employer to grant additional leave. The Court rejected that argument as well, noting that “undue hardship” is a “second tier inquiry” which is only reached after a reasonable accommodation has been identified. END_OF_DOCUMENT_TOKEN_TO_BE_REPLACED

The Blood Bank of Hawaii violated the ADA by giving employees only the leave they were entitled to under the FMLA, the EEOC has claimed in a lawsuit filed last week, according to the Agency’s press release.  This is yet another case in which the EEOC has sued an employer over an inflexible, or “rigid,” maximum leave policy.  The EEOC’s view is that an employer has an obligation under the ADA to consider granting leave beyond the FMLA as an accommodation to an employee’s disability.  The EEOC also claims in the lawsuit that the Blood Bank required employees to return to work without any limitations, according to the press release.

I posted recently about UPS paying $2 million to settle a lawsuit brought by the EEOC with similar allegations.

The EEOC’s lawsuit raises fascinating legal issues, at least to those following the legal developments concerning maximum leave policies. One is the relationship between the ADA and FMLA. Congress passed the FMLA in February 1993. It requires employers with at least 50 employees to provide a maximum of 12 weeks of leave for an employee’s serious health condition.  Title I of the ADA went into effect six months before the FMLA was passed. It applies to employers with at least 15 employees. The EEOC’s view is that the maximum leave required by the FMLA is merely the starting point for determining whether an employer has fulfilled its obligation to provide leave under the ADA.

One has to wonder why Congress debated the number of employees an employer must have to be covered by the FMLA, and the maximum number of weeks of leave an employer must provide if the ADA had already required employers with as few as 15 employees to provide an uncapped amount of leave, limited only by the “undue hardship” defense.

As I mentioned in my earlier post, eventually this issue with be on the docket of the Supreme Court of the United States.

The EEOC continues to ring the “inflexible leave policy” settlement register despite a 2014 opinion authored by then-10th Circuit Judge, now Associate Justice of the Supreme Court, Neil Gorsuch that such policies are neither inherently unlawful nor retaliatory, and can “serve to protect rather than threaten the rights of the disabled.” Hwang v. Kansas State University, (10th Cir.  2014). 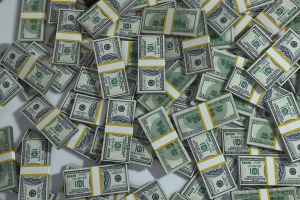 The EEOC had claimed that UPS violated the ADA by failing to provide reasonable accommodations and by maintaining an “inflexible leave policy, whereby the company fired disabled employees automatically when they reached 12 months of leave, without engaging in the interactive process required by law,” according to the EEOC’s press release  about the settlement.

In Hwang, the plaintiff had exhausted her employer’s six month leave policy, requested more leave and alleged that her employer’s denial of her request denied her a reasonable accommodation in violation of the Rehabilitation Act. END_OF_DOCUMENT_TOKEN_TO_BE_REPLACED

“Flu with your fries?” has become a mantra for paid sick leave supporters, suggesting that employees without paid sick days will come to work sick and infect customers and co-workers.  In this scenario, the employee is the potential infector.

In perhaps the first reverse “flu with your fries” case, a hospital employer terminated a nurse who refused to comply with a policy requiring all clinical employees to get the Tdap (Tetanus Diphtheria Acellular Peru) vaccination to protect them from being infected by a patient(s). In this scenario, the employee is the potential infectee.

The court dismissed the nurse’s ADA discrimination and failure to reasonably accommodate claims but gave her the opportunity to re-plead those claims, as well as a state disability claim.  However the court cautioned that it considered “her claim tenuous, at best, and [it] will not hesitate to summarily dismiss the amended complaint if the deficiencies identified herein are not rectified.” Ruggiero v. Mount Nittany Medical Center (M.D. Pa, May 15, 2017).