Much has been written about employers requiring their employees to receive the COVID-19 vaccination. The EEOC’s December 16, 2020 Guidance gives employers a green light from an ADA perspective to implement such a program so long as the employer fulfills its accommodation obligations under Title VII (religion) and the ADA (disability). The EEOC’s Guidance does not deal with the myriad of other potential legal claims to challenge a mandatory program.

Very little has been written about the additional challenges of implementing such a program in a unionized workplace. An article I wrote on that topic was published last week by Wolters Kluwer, a leading global provider of information, software, and services for professionals. Here is the article: “On the Labor Front: Requiring employees in a unionized workplace to be vaccinated”.

Meanwhile, during this early stage of the vaccine’s rollout, employers seem more focused on educating, encouraging and cajoling employees to be vaccinated. If most employees elect to get vaccinated, we may never get to the issue of requiring employees to be vaccinated as a condition of employment. However, the fewer the number of employees who elect to be vaccinated, the greater the likelihood that employers consider a mandatory program, especially in industries where employees have regular contact with the public. As discussed in my article, for employers whose employees are represented by a union, the EEOC’s Guidance is only the first step in moving toward a mandatory program. Dealing with its labor contract and the union may present additional legal and practical challenges.

Image by mohamed Hassan from Pixabay

In 2019, Connecticut passed a paid leave law and amended its family and medical leave act. The law created the Paid Family and Medical Leave Authority, a quasi-government entity, to administer the funding and processing of claims. (Full disclosure: I am a member of the Board of Directors of this Authority). The benefit is funded through employee contributions collected by employers through a payroll deduction and forwarded to the Family and Medical Leave Trust Fund.

I have posted often about union-represented employees being shortchanged by paid leave laws. See here, here and here.   This has always baffled me since unions have been staunch advocates of such laws. For my most recent On the Labor Front article, I analyzed the extent to which some paid leave laws shortchange union-represented employees and the legislative tactics used to achieve that result. 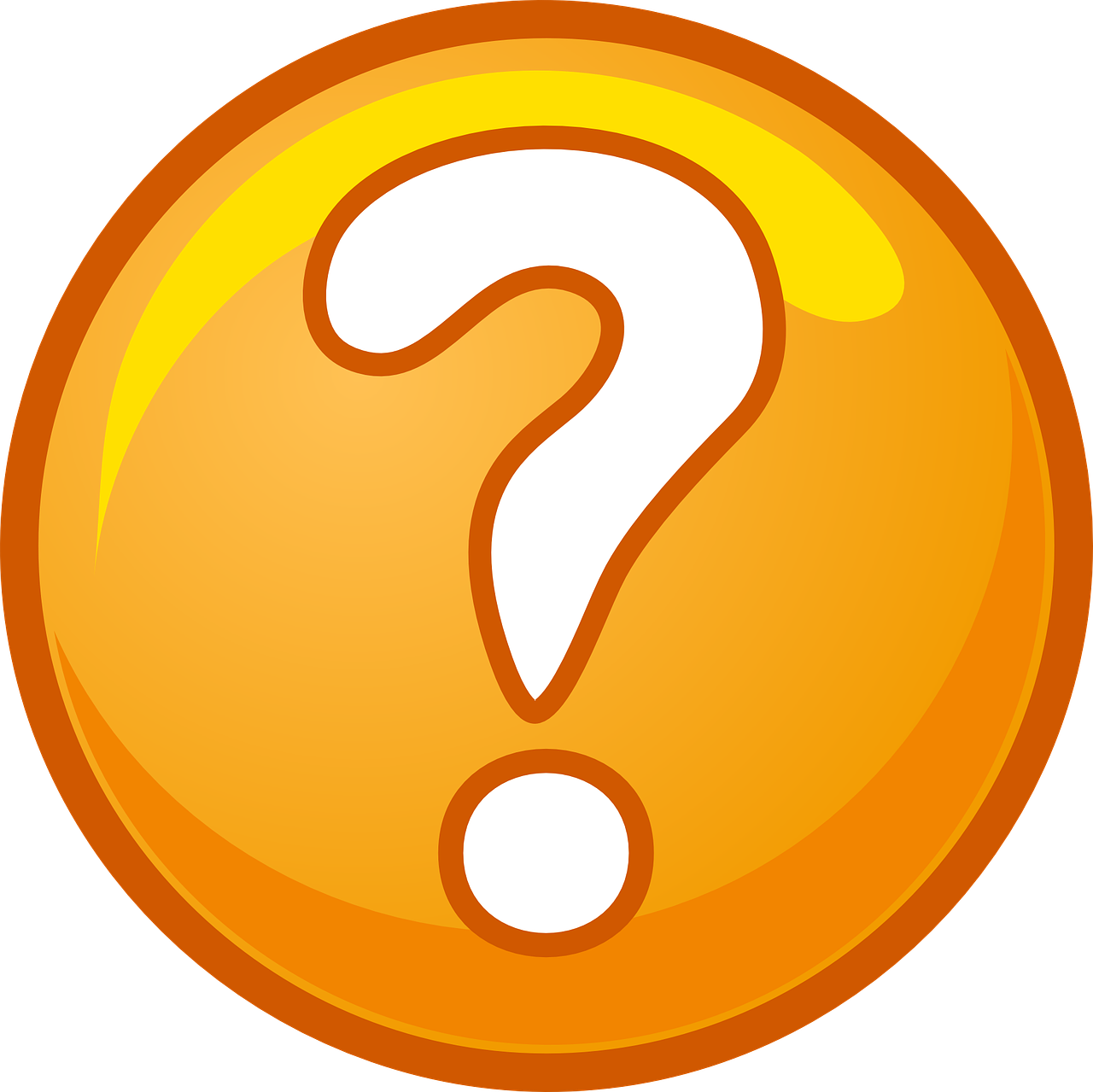 I also sought, without success, to identify the reason union-represented employees come up short in the legislative drafting of these laws.  To me, it remains “a riddle wrapped in a mystery inside an enigma,” to borrow a phrase from Winston Churchill.

Here is a link to my On the Labor Front article.

I end with the same entreaty I have made in my prior posts on this topic:  help me understand!

In addition to focusing on leave management issues for the past few decades, I have also negotiated many collective bargaining agreements and represented employers in other “traditional labor law” issues. Earlier this summer, legal publisher Wolters Kluwer, a global provider of professional information, software solutions and services, asked me to write a monthly article about a labor issue. “On the Labor Front” is the name of the column. Here is the link to my first article, which discusses a first in our country’s history: campaign employees in five presidential campaigns have chosen to be represented by a union.

I hope you enjoy the article. As always, I welcome your comments.

The County ordinance has the typical PSL architecture less the list of approved uses. Employees accrue PSL at the rate of one hour for every 32 hours worked to a maximum of 56 hours annually. At the meeting last night, the Commissioners agreed to phase into that 56 hour cap, according to the ABQ Journal. The maximum accrual in the first year of implementation is 24 hours; 40 hours in the second year; and 56 hours in the third year.

With Maine, Nevada and now Bernalillo County having passed  “any reason” leave laws, we may be seeing the end of PSL laws as we have known them and are evolving to what I will call PSL 2.0 laws, which are structurally similar to a PSL law less the limitations on the use of accrued time.

One month ago, writing about the recently-enacted Maine leave law, I urged readers to watch for “bills to amend PSL laws to delete the often lengthy and specific ‘allowed uses’ provision and replace it with two words: any reason.” The Bernalillo County (NM) Board of Commissioners last night took the first step down that road. The Board voted to table the proposed sick leave ordinance to consider an amendment that would delete the limits on the use of accrued time, transforming the PSL law to an “any reason” ordinance.

With Maine and Nevada recently having passed  “leave for any reason” laws and the Bernalillo County Commissioners action last night, we may be seeing the end of PSL laws as we have known them and are evolving to what I will call PSL 2.0 laws, which are structurally similar to a PSL law less the limitations on the use of accrued time.

The Minneapolis Sick and Safe Time Ordinance can be enforced against businesses not physically located in the city but who have employees who work at least eight (80) hours in a year within the geographic boundaries of the city, according to a state appellate court decision last week. The court also held that the Minneapolis ordinance was not preempted by a state law allowing employees to use their sick leave benefits to care for ill or injured family members and for safe time. 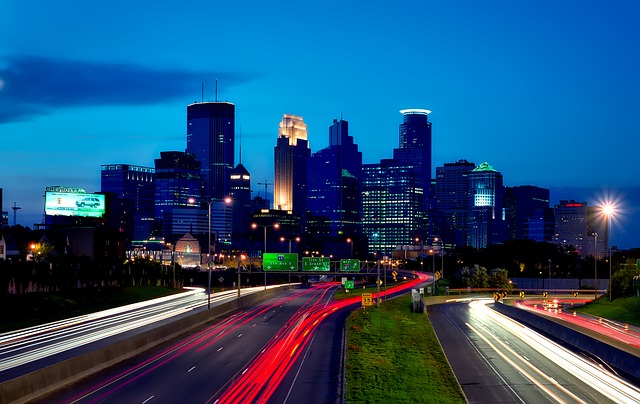 A cadre of business interests brought the legal challenge to the Minneapolis ordinance in January 2017, months before the ordinance went into effect on July 1, 2017. The initial court decisions enjoined the city from enforcing its PSL law against employers who did not have a physical presence in the city. To address this issue, in March 2018, Minneapolis amended its ordinance by narrowing its application to such “extraterritorial” employers. The amendments added that employees accrue PSL time for hours worked “within the geographic boundaries of the city” and could use that time only when scheduled to work “within the geographic boundaries of the city.” These amendments, the city argued, salvaged the Ordinance’s extraterritorial provisions.

Last week, the court of appeals agreed, reversing a state district court decision a year ago which had rejected the Ordinances’ application to businesses outside the city limits.

The vast and complex patchwork of PSL laws expanded in the first quarter of 2019. This summary includes:

Portland, ME may be the next municipality to vote on a PSL ordinance. The Mayor of Portland introduced a PSL bill in 2017. The City  Council will likely vote on the PSL bill on May 6, 2019.

Albany County, NY: The County’s Paid Sick Leave Act was introduced in March 2018, was  referred to the Legislature’s Law Committee, and remains there. The Law Committee’s next meeting is on April 25, 2019.

The Michigan Supreme Court will wade into the clash involving the constitutionality of the state’s Paid Medical Leave Act, at least to decide whether to consider the substance of that clash. In response to requests by both legislative chambers for an advisory opinion on the legality of the recently enacted state PSL law, the court scheduled a hearing on July 17, 2019. The first of three questions listed in the Court’s Order is whether it should exercise its discretion and issue the requested advisory opinion.In Michigan, a legislative chamber or the governor may ask the Supreme Court to issue an advisory opinion on “important questions of law upon solemn occasions as to the constitutionality of legislation….”

The other two questions for which the Court solicited briefs concern the process-used to enact the PSL. PSL proponents had collected enough signatures to have voters decide in November 2018 whether to enact a PSL initiative. The Michigan Constitution gives the legislature the option to enact such an initiative, negating the need for a vote on it.  Both legislative chambers, both with GOP majorities, had concerns about the substance of the PSL bill. They decided to enact the voter initiative and then amend it. This strategy was adopted because amending a statute enacted by the legislature requires a majority vote in each legislative chamber while amending a statute enacted by a voter initiative requires a three-fourths vote of each chamber.  The urgency to implement this strategy increased in November when voters elected a Democratic governor who would take office in January and would likely veto the effort to amend the PSL law.

The Supreme Court has asked the parties to brief whether the legislature may “enact an initiative petition into law and then amend that law during the same legislative session” and whether the PSL and minimum wage laws were enacted in accordance with the constitutional provision concerning voter initiatives.