It began with the Fracas in Minneapolis, here, and evolved to the Minnesota Melee, here.  Let’s revisit the state of PSL in the North Star State.

In sum, the state of PSL in the North Star State is: 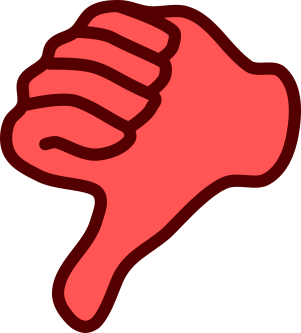 My posts about the Maryland and Minnesota vetoes are here and here.

Governor Sandoval’s veto means that the wait for PSL State Number Eight continues. I had speculated previously that the stars seemed aligned for a PSL law in Rhode Island given that the governor is a Democrat, Democrats have overwhelming majorities in both the House and the Senate, and neighboring Connecticut and Massachusetts already have PSL laws.   However, the Rhode Island House bill remains in committee.

It has been seven months since any paid sick leave bill has passed anywhere in the country, although five PSL laws become effective July 1, 2017 (Arizona, Cook County, Chicago, Minneapolis and St. Paul).

The Minnesota paid sick leave melee intensified last week when the state Senate passed the Uniform Labor Standards Act, a preemption bill barring municipalities from requiring private employees to provide paid sick leave and other employment standards. The House passed a very similar bill in March.  Once the bills are reconciled, the final version will be sent to DFL Governor Mark Dayton for his signature. The Governor has not taken a public position on the bill.

If signed by the Governor, the bill would void the Minneapolis and St. Paul Sick and Safe Time ordinances, both scheduled to go into effect on July 1, 2017. As a practical matter, the bill would resolve the legal challenge to the Minneapolis ordinance pending in the Appellate Court and end the work of the Duluth PSL Task Force. The Minnesota melee would be over, at least for the time being.

If the Governor vetoes the bill, a two thirds vote in each chamber is needed to override that veto.  The bill did not pass either chamber by a two-thirds margin so an override is unlikely. Absent an override, the Minnesota melee will continue, with a decision by the Appellate Court likely to be the next event.

This is the second PSL showdown pending. As noted in an earlier post, the Maryland General Assembly send a PSL bill to Governor Hogan, who described it as “job-killing” and said it was “dead on arrival.” He has not yet acted on the bill. The General Assembly passed that bill with sufficient votes in both houses to override the Governor’s veto. Since the Maryland legislative session has ended, if the Governor vetoes the PSL bill, the override vote will not occur until January 2018, when the legislature reconvenes.

One more piece to the Minnesota Melee I had posted about here.  In addition to the preemption and PSL bills that have been introduced in Minnesota, another bill, a bill of a type I have never seen in all my meanderings through PSL bills, has been introduced. House Bill 2107 does not prohibit a city from enacting a PSL law. To that extent, it is not a preemption bill. However, it directs that if a city enacts a PSL law (or increases the minimum wage or adopts scheduling restrictions) for employees other than its own city employees, the city forfeits the local government aid it would otherwise receive from the state. The amount of aid to each city is determined annually according to a statutory formula. More than $519 million in local government aid will be distributed in 2017, according to the state Department of Revenue.

It began when Minneapolis and St. Paul passed PSL ordinances last year. Business interests sought to enjoin implementation of the Minneapolis ordinance. I wrote about that fracas in Minneapolis here. 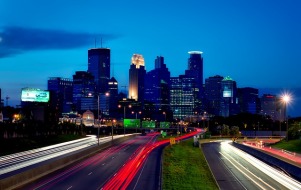 Less than two weeks following the court’s decision, Minnesota House Republicans introduced a bill, HF 600, to preempt political subdivisions from requiring employers to provide, among other things, paid leave. That bill, which would void the Minneapolis and St. Paul PSL ordinances, passed the House on March 2, 2017 and was sent to the Senate. Two business days later, a Senate Democrat introduced SF 1794, which would require Minnesota employers to provide PSL. Touché, as they say.

Where will this PSL Minnesota melee end?  Applying my simplistic political analysis described generally here, Republicans control both chambers of the legislature, but not in sufficient numbers to overrule a governor’s veto.  As a result, Democrats are not likely to muster the majorities in both chambers to pass the PSL bill; if the Senate approves the preemption law, Democratic Governor Mark Dayton is likely to veto it, a veto which the Republicans will be unable to overturn. If that speculation turns out to be correct, the Minnesota appellate courts will have the last word in deciding whether and to what extent the Minneapolis and St. Paul PSL ordinances survive, at least for now. All part of life’s rich PSL pageant, described here.

Sir Isaac Newton’s Third Law of Motion, or a variation of it, is at work with paid sick leave laws. The Third Law states that for every action, there is an equal and opposite reaction.

Let’s look at a few examples. I posted earlier this week about a federal court’s decision upholding Alabama’s preemption law, which bars political subdivisions from requiring employers to provide employment benefits or compensation not required by federal or state law. As I noted in that post, the initial “action” was the City of Birmingham’s passing an ordinance to increase the minimum wage. The State of Alabama’s “reaction” was to pass its preemption law, an opposite but superior reaction since states dictate the authority of its political subdivisions.

Then there is Minnesota. Two cities–Minneapolis and St. Paul–have enacted paid sick leave laws while a third, Duluth, is studying the issue. Legislators in the Minnesota House and Senate have introduced legislation to preempt a politician subdivision’s ability to require employers to provide any paid leave benefits beyond those required by federal or state law, i.e., a preemption law. The state’s superior reaction would void the two city ordinances and likely end the study in Duluth.

Will the Minnesota bill pass? Applying my less than scientific analysis, described here, it is unlikely to pass. Minnesota is a blue state, giving Secretary Clinton 49.6% of the votes last November. While Republicans control both the Senate and House of Representatives, Governor Mark Dayton is a Democrat. Assuming he would veto the bill, it would take two-thirds of each house to override his veto, a margin the Republicans do not have in either house. Bottom line: a preemption law is unlikely to get enacted in Minnesota. END_OF_DOCUMENT_TOKEN_TO_BE_REPLACED